Dear Stonehengers,
the moon and tides rise an hour later each day, full moon is when it's opposite the sun, with us in between, roughly.
Alleged scientists say Stonehenge I was built at three thousand BC, so now it's our fifth millenium - (any excuse for a party).
Yet every day is a new age of infinite potential for love play or treachery.
'There is no God' say me, Shelley, Russell and Einstein. They wrote of mystery wonder and awe at the stars and forests and wildlife and Mozart.
Transcending a black/white theology is the wisdom of Irene's Jungianisms (see Festival Eye 1999 page 40)
[george] www.dicenews.com
99% fluffy 07970-378-572

Here's a flyer for the Glastonbury meeting,you may notice that it's similar to last years, and the year befores, some of the wallpaper paste still shows through the photoshopping!


There was more in the newsletter, someone type it in please???

thanks geocities - got your own free webpages yet? 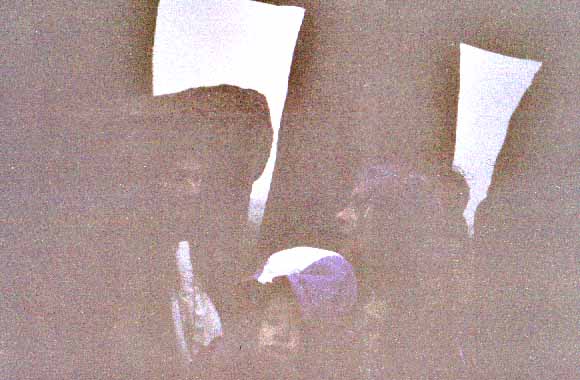